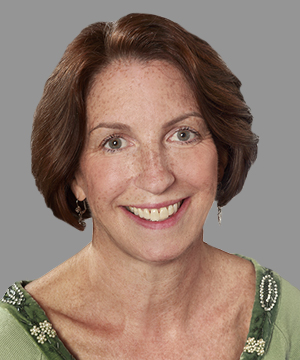 Sadie McKeown is the President of The Community Preservation Corporation. In this capacity she leads the development and implementation of CPC’s growth strategy and oversees all of the company’s field offices, initiatives, and its equity and impact investing platforms. Sadie also works closely with the president of CPC Mortgage Company, CPC’s Agency mortgage lending subsidiary, to align all of the company’s products and tools under the overall CPC brand.

Prior to her taking on the role of President in January 2022, she served as Executive Vice President and Head of Construction Lending and Initiatives where she led the company’s construction lending activities including the operation of its six New York field offices and its numerous initiatives.

Sadie started her career at CPC as a Mortgage Originator in 1992, and later served as Senior Vice President and Director of Lending in CPC’s Hudson Valley Regional Office. During that time, she led the company’s Downtown Main Street initiatives, collaborating with municipalities and community stakeholders to help revitalize cities like Beacon, NY that had been struggling to recover from decades of economic disinvestment. In 2009, Sadie helped create the company’s Green Financing Initiative, the precursor to what would eventually become CPC’s comprehensive sustainability practice.

In 2011 she was elevated to SVP, Director of Originations where she assumed responsibility for the lending activities of all of the company’s field offices. As EVP, Chief Operating Officer, a position she held from 2012-2019, Sadie oversaw all aspects of the company’s operations while still leading its construction lending and sustainability platforms. She also drove the development and launch of CPC’s Agency lending subsidiary, CPC Mortgage Company LLC, a full-service operation focusing on Freddie Mac, Fannie Mae, and HUD/FHA lending products.

Throughout her career, Sadie has been a fierce advocate for moving the real estate industry and built environment towards carbon neutrality. Sadie has worked hard to have CPC and other lenders to focus on addressing energy performance, efficiency and decarbonization as a part of the first mortgage process.  She has overseen the development of numerous guides, tools, and case studies to help lenders, owners, and developers understand the benefits of energy efficient construction and retrofits; including CPC’s “Underwriting Efficiency Handbook” and its companion guide titled “Financing High-Performance” which focus on guiding lenders and developers through the underwriting efficiency methodology for both retrofit and new construction projects.

Sadie also led CPC’s partnership with New York City Department of Housing Preservation and Development (HPD) and private partners on a Passive House study that aimed to demystify the economics and environmental benefits of Passive House. The ongoing study is collecting cost and performance data for passive house projects in the Northeast United States.

Sadie currently sits on the boards of the New York State Housing Finance Agency, New York State Energy Research and Development Authority (NYSERDA), and New York City Energy Efficiency Corporation (NYCEEC), as well as on the New York State Climate Action Council’s Energy Efficiency and Housing Advisory Panel and the NYSERDA Technical Advisory Group for the Electrification Roadmap. She is a frequent guest on panel discussions related to sustainability in the built environment, as well as multifamily and affordable housing issues. She has contributed editorial content to publications such as Crain’s New York Business and The Business Journals.

Sadie earned her Master’s Degree in Human Services Administration with a concentration in Housing from Cornell University. She received her Bachelor’s Degree in Communications from Fordham University.